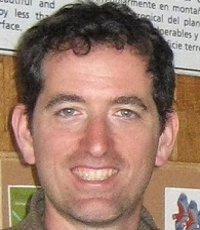 My current research interests are the systematics and conservation of Neotropical amphibians and reptiles, and the ecological dimensions of biodiversity. For the first line of research, I have worked primarily in Peru, where I lead several research projects in the Andes and the Amazon, and where I participate in rapid field inventories. I collaborate with colleagues in natural history museums and other research institutions in describing new species and developing phylogenies of frogs from the mega-diverse eastern slopes of the Andes. I am interested in using phylogenies as a road map to compare and contrast physiological traits among species, specifically traits related to thermal physiology. As part of these investigations, my collaborators and I are studying thermal preferences, tolerance to heat, and the influence of temperature on physiological functions, in order to understand how climate warming will affect these animals. Finally, a major theme of my current research is exploring the effects of fungal disease on the ecology of amphibians, a group that is experiencing staggering biodiversity losses worldwide. After documenting the collapse of a species-rich amphibian assemblage, I am interested in developing strategies to mitigate the impact of the fungal disease chytridiomycosis on surviving species.

My current area of research is amphibian conservation and the role of abiotic and biotic stressors in population declines and extinctions.

Catenazzi, A., E. Lehr and V. T. Vredenburg. 2014. Thermal physiology, disease and amphibian declines in the eastern slopes of the Andes. Conservation Biology 28: 509–517.

Catenazzi, A., E. Lehr and R. von May. 2013. The amphibians and reptiles of Manu National Park and its buffer zone, Amazon Basin and eastern slopes of the Andes, Peru. Biota Neotropica 13: 269–283.​